“Debate camp was an overall amazing experience, I wish it wasn’t over. I learned so much about debate and had the best lab leaders. There wasn’t a day that I didn’t learn something new. I loved having tons of practice debates and the lectures we had were amazing. A lot of the lectures really shaped my perspective on how I view debate. My lab was amazing and I think I really have become a better debater. I am so grateful to have had this experience.” 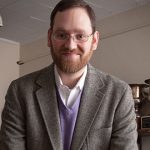 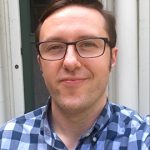 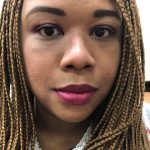 LaTonya Starks began her debate career as a sophomore at Morgan Park High School, located on Chicago’s south side.  She is a Chicago Debate League alum, as well as one of the first CDL teams to qualify for the National Forensic League Championships.  Upon graduating from high school, LaTonya was recruited by Scott Deatherage, then the Director of Forensics at Northwestern University, to debate at Northwestern.

LaTonya is a graduate of Northwestern University and a four-year member of the Northwestern Debate Society.  She was the first African-American woman to debate for four years at Northwestern, and Northwestern Debate Society’s First African American female coach.  LaTonya has coached teams to three National Debate Tournament Championships, numerous Copeland Award winners, as well as to many appearances in the Finals and Semifinals of the NDT.  She has previously worked for the National Association for Urban Debate Leagues and as the Executive Director of the Milwaukee Debate League. LaTonya has had the honor to judge many of the finest debate minds in the nation and takes great pride in the fact that she is just as often a preferred judge for teams who want to run 10 off case arguments as she is for teams who run arguments about blackness, race, gender and sexuality. 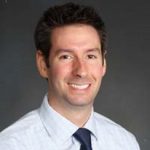 Dave Weston has been coaching high school policy debate for over a decade, and currently coaches at New Trier High School. Dave’s teams have consistently debated in the elmination rounds of regional and national tournaments, including the Niles Township Invitational, Greenhill Fall Classic, Heart of Texas Invitational, University of Michigan Tournament, the Barkley Forum at Emory University and the Glenbrooks.

Tara Tate has been a nationally successful high school coach since 2000, with programs at Glenbrook South (IL), Colleyville Heritage HS (TX) and the Blake School (MN). Tara has enjoyed national success with numerous championships at most of the major high school national invitationals.

“I loved the camp environment during and outside of lab. I connected with people from all over the country and the campus is BEAUTIFUL, and it is very easy to navigate. We had a good balance of fun, free time, and debate.”