The Debate Society has had a banner year so far in the 2021-22 debate season! Senior Nina Fridman (WCAS ’22) and First-year Akash Deo (WCAS ’25) have taken tournament wins at Northwestern, Harvard, and Georgetown. We look forward to updating you on their progress as the season concludes at the 76th National Debate Tournament at James Madison University in March!

The Northwestern Debate team has started their 21-22 season with a string of wins. Senior Nina Fridman (WCAS ’22) and First Year student & former NHSI Debate instructor Akash Deo (WCAS ’25) took first place at Harvard University and the Season Opener hosted at Northwestern. They took Second Place at the first Round Robin of the season at the University of Kentucky and at the final tournament of the Fall at Wake Forest University.

The Northwestern Debate Team won the 2021 Fullerton-Georgetown college debate Tournament. Northwestern Junior Nina Fridman and her partner, Northwestern Sophomore Tim Wegener, took home the winning trophy and cemented their place as one of the handful of teams vying to win the National Championship in March. Summer Institute alum Nik Stamenkovic-Diez and his partner Jack Landgraff came within a debate of making the elimination rounds.

The Northwestern Debate Society has had a great start to the 2020-21 season. Juniors Nina Fridman and Stephen Lowe reached the semifinals at the Northwestern Season Opener, the first major college debate tournament hosted entirely online. They followed up with an appearance in the quarterfinals of the Kentucky JW Patterson Invitational, and earned an invite to the Harvard Round Robin, awarded to the top 9 teams nationwide, where they placed third in an extremely competitive field. The pair closed out their semester with an octofinals appearance at the Wake Forest Franklin R. Shirley Invitational.

Fridman and Lowe were joined in success by sophomore Tim Wegener and first-year Jack Landgraff, who reached the elimination debates at the Patterson Invitational and the Gonzaga University Jesuit Invitational. The team is looking forward to the second semester, and is beginning to prepare for the 2021 National High School Institute, where several Northwestern coaches and debaters will be leading labs.

The Northwestern Debate Society recently wrapped up a very successful fall semester of competition, with seniors Gabe Jankovsky and Joe Weideman placing second at the prestigious Kentucky Round Robin, reaching the final round of the Kentucky J.W. Patterson invitational, and recently receiving an invite to the Dartmouth Round Robin, an honor for seven of the top teams in the nation. They were joined in elimination debates at several tournaments by sophomores Nina Fridman and Stephen Lowe. After a brief break in December, the team will be back in competition in early January. 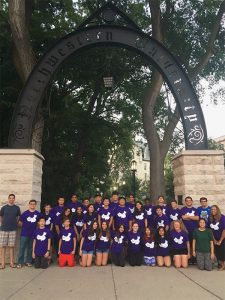 Northwestern Debate Institute students enjoy regular borrowing privileges at the Northwestern University Library. Its 4.9 million volumes (10th largest among private universities), include extensive holdings of books, periodicals, and government documents about the debate topic.  The library also has electronic access to over 90,000 journals and serials.

We will compile materials from special interest groups and organizations that publish work on the topic and will supplement Northwestern’s excellent public policy collections with relevant material from other outstanding American libraries.

Looking towards your future success, 80% of the college National Debate Tournament (NDT) champions in this decade (2011-2015) were Northwestern Debate Institute alumni.

Northwestern And The NDT

The National Debate Tournament (NDT) is the oldest and most prestigious competitive debating organization in the United States. Started at West Point in 1947, the NDT counts among its alumni, leaders in virtually every major field: business, law, politics, and academics. In fact, veterans of competitive public policy debating include United States Presidents, Supreme Court Justices, C.E.O. of Fortune 500 Companies, and Presidents, Provosts, and Deans of major Universities nationwide.

Founded in 1855, the Northwestern University Debate Society is the oldest intercollegiate debating organization in the United States. Each year, from mid-September through late-March, members of the Debate Society travel to competitions around the country to match strategy and argumentation skills with top-notch students from other major schools. On an annual basis, the group travels to 25 tournaments, and participates in nearly 1,000 debates. 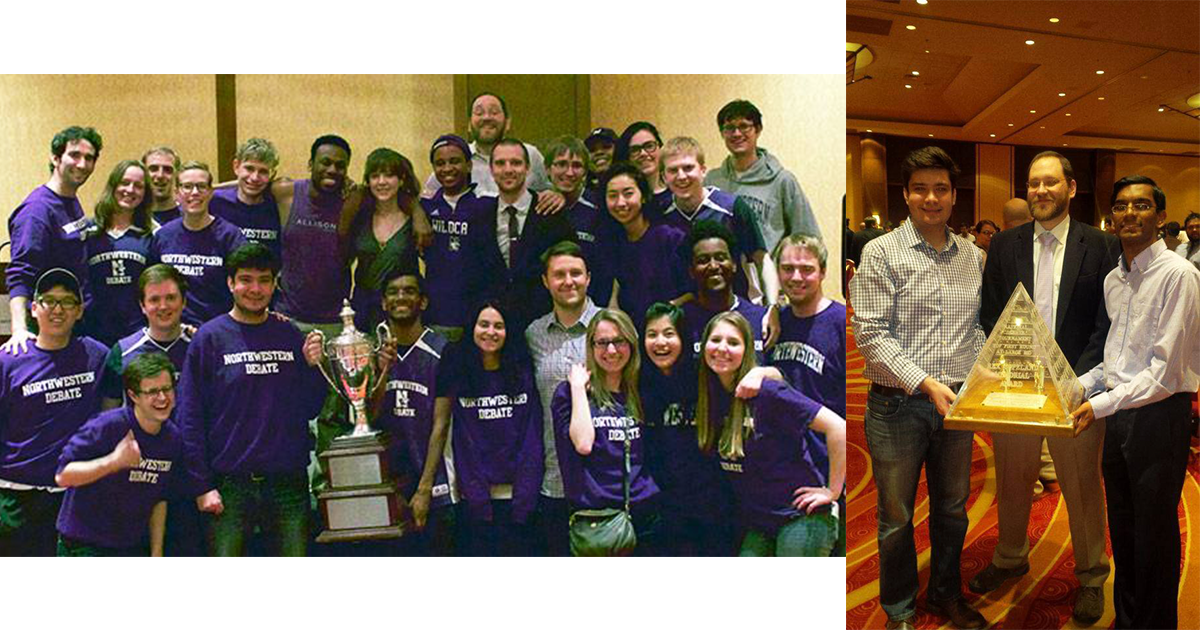 The 1999 Northwestern team set an NDT record that may well never be broken: the captured 43 of 44 judge ballots at the event. They were awarded unanimous decisions in each of their elimination rounds, tying their own record from the previous year. They also became the first pair in nearly 50 years to capture first and second place individual honors at the prestigious tournament. Their 86 win and 6 loss season, capped by their record setting NDT, is not only one for the record books, but one for the ages.

NU students hold a variety of other NDT records, including most NDT wins and highest NDT win-loss percentage by a single student and the highest individual point performances by a single competitor. In fact, five NU students appear on the tournament’s top ten all time list.