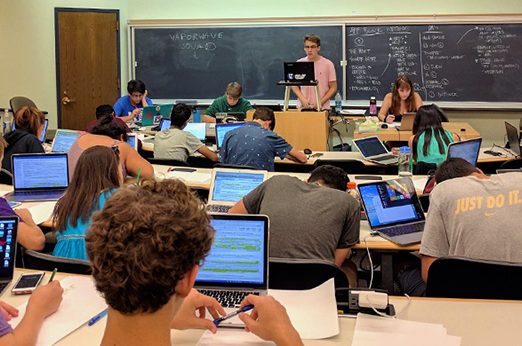 The Northwestern Debate Society has had a great start to the 2020-21 season. Juniors Nina Fridman and Stephen Lowe reached the semifinals at the Northwestern Season Opener, the first major college debate tournament hosted entirely online. They followed up with an appearance in the quarterfinals of the Kentucky JW Patterson Invitational, and earned an invite to the Harvard Round Robin, awarded to the top 9 teams nationwide, where they placed third in an extremely competitive field. The pair closed out their semester with an octofinals appearance at the Wake Forest Franklin R. Shirley Invitational.

Fridman and Lowe were joined in success by sophomore Tim Wegener and first-year Jack Landgraff, who reached the elimination debates at the Patterson Invitational and the Gonzaga University Jesuit Invitational. The team is looking forward to the second semester, and is beginning to prepare for the 2021 National High School Institute, where several Northwestern coaches and debaters will be leading labs.