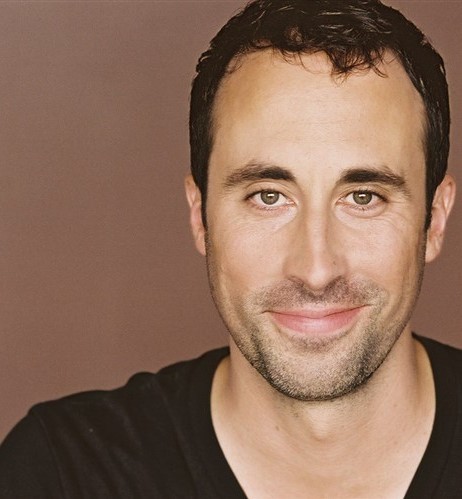 The National High School Institute would like to extend a warm welcome to our new Film & Video Division Director, Joe Rowley!

Over the last 16 years, Joe Rowley has made a living as a professional Writer and Actor in both New York and Los Angeles. Within that span of time, Rowley has achieved a high level of success within the industry; accruing a host of notable Theatre, Television, Film, and Commercial credits to his name.

Prior to pursuing a career in the arts, Rowley received his Bachelor’s in Secondary Education from the University of Dayton. After undergrad, he applied and auditioned for acceptance into the esteemed Actor’s Studio MFA program in NYC. In the fall of 2000, he became one of only 65 students admitted to the Studio’s 7th Cohort.

After making the move to Los Angeles in 2007, Rowley earned the status of Company Member at the world renown Groundlings Theatre; a feat accomplished by less than 1% of all Groundlings School matriculates. In 2013, Rowley was one of 17 people hand-picked by Lorne Michaels to audition for Saturday Night Live.

In 2017, Rowley’s first feature-length screenplay, No Man’s Land, placed as a Semi-Finalist in the prestigious Austin Screenwriting Competition; placing the script in the top 1% of 9,487 submissions. No Man’s Land was subsequently optioned by Zodiac Feature Films and is currently in development. In 2018, ABC Studios acquired Rowley’s original work, Breaking and Remembering, which went on to debut in their annual Diversity Showcase.

Joe Rowley currently resides in Los Angeles, with his partner Mapuana and their dog Bandit, where he continues to Write, Act, and Teach.