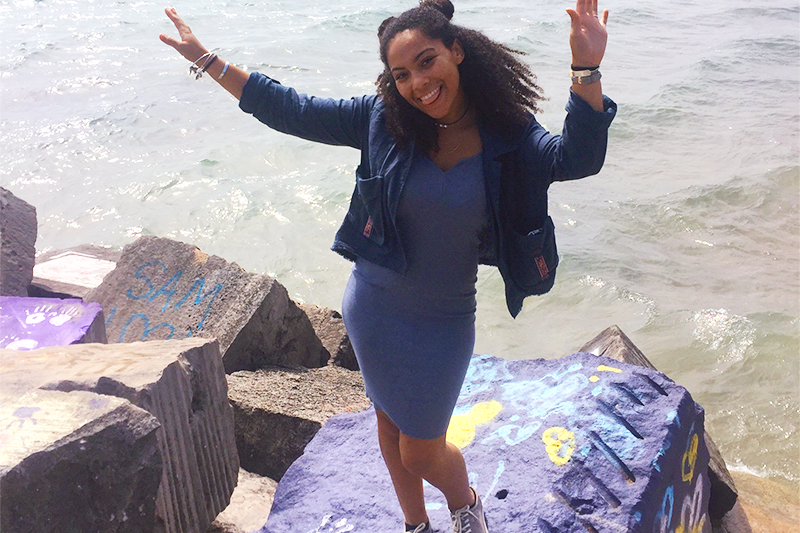 Being a Northwestern Undergrad is overwhelming in the best way possible. My life has been flooded with exciting opportunities, kind, intelligent people, and an education beyond my expectations. I am a theatre major her at NU, and because of Cherubs I felt I could tackle what was sent my way. I felt this way partly because I was able to have gotten to know the Wirtz Center intimately, but also, because Cherubs instilled confidence in me as a person and a theatre artist. It is also so wonderful to see fellow cherubs in my classes and to grab lunch with them or hangout on campus. But, I also stay in touch with cherubs who are thriving at other colleges. We cannot escape each other and we would not want it any other way. And I guess, to sum this all up, my favorite part about being a Northwestern student is the community. I am surrounded by passionate, driven, intelligent, humble, warm, and loving people. I am part of a community that pushes me to do my best, but also a community that I know will catch me if I fall. My brother jokes that I now bleed purple, and I am not ashamed to say that I do. Go Cats!”

Theatre Arts Alumni – Where Are They Now?

I am currently attending Illinois Wesleyan University, studying a BFA in Acting. I am currently in a 10 minute play festival. The specific production I am in is titled Einstein and the Angels. I have also been cast in a small production titled Cleave which will be produced in one of Illinois Wesleyan’s smaller theaters. I am so thankful for Cherubs in providing me with a “slice of life” work/study reality and schedule. Between my high school and The Cherubs program, I am more equipped and better prepared to achieve the high standards that the college/professional worlds demand. Best of luck to current and future Cherub/NHSI generations.” 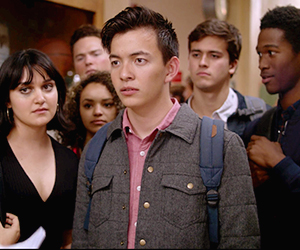 [S]ince graduating Cherubs I have appeared in two episodes of The CW’s Riverdale as Dilton Doiley, will be returning for three more episodes in season 2, appeared in an episode of the Netflix original series Atypical as Arlo, starred in the world premier of We The People the Musical Revolution in Santa Monica as Cole, and am at Carnegie Mellon University as a freshman in their Acting/Musical Theatre program.”

I am currently studying as a sophomore at Manhattan School of Music in New York City as a part of the Inaugural Musical Theatre Program. I’m still composing, and some ideas I started at Cherubs I’m still working on, one of which has blossomed from the simple assignment I was given all those years ago in Script Analysis. Since then I’ve also worked on a Noah Baumbach film (The Meyerowitz Stories) as a featured extra; it is due to come out in theatres and Netflix on October 13th.”

I am attending Columbia College Chicago for Musical Theatre. I am currently working on an original musical to eventually be performed on campus. Also, I am working on a musical trilogy.

From the Division Director –

As 2017 draws to a close, and we begin preparations for another fabulous summer at Northwestern, I would like to take this opportunity to pause and reflect upon this past year, my first as the NHSI Theatre Institute Director. I can tell you that not a day goes by, since the conclusion of Cherubs, that I have not thought about this past summer with great love and admiration. I recall my shaky nerves leading up to orientation week just as vividly as the comfort I felt once we had our outstanding faculty, staff, and students all together that first evening. I continue to be impressed by the great care we had for each other and how willingly every student embraced the process.

Being a Cherub is a once in a lifetime opportunity and I want to thank everyone for providing our students with an experience that will continue to shape their lives for many years to come. I am proud of each and every one of you and would like you to know just how profoundly you have changed me for the better. For that I am very grateful. As we look toward the year ahead, I don’t know if I will once again feel those shaky nerves come July, but I can tell you that I am over-the-moon excited for the upcoming summer. I welcome the challenge of new faces, new lodgings and new plays. I will miss last year’s Cherub class, but thrilled to meet the class of 2018, along with new and returning faculty. Have a safe and happy holiday season!!!!! 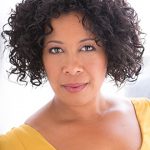 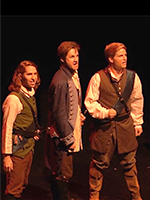 I just moved to New York and was in Sleepy Hollow the Musical with the New York New Works Theatre Festival, and have started working with ACTING OUT! Brooklyn’s Premier Acting School.”

I’m shooting a feature film this winter called The Moon, The Stars and Everything. I am also a founding member of Sextant Productions, a theatre company that was recently launched. We are producing an adaptation of Kafka’s The Trial at Cherry Lane Theatre in the spring, www.sextantproductions.com.”

August thru October, I played Hertz Klineman in Rock of Ages at Drury Lane Theatre, Oakbrook. 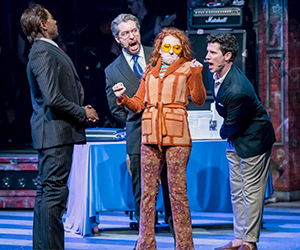 I am currently in tech for Elf the Musical playing Greenway and Fake Santa opening Thanksgiving weekend at The Paramount Theatre until January 7. Zoe Nadal is also in the cast. She was a cherub in 2010 (she was in my Voice & Movement class). Amber Mak (cherub alum and former cherub faculty) is director and choreographer for Elf. 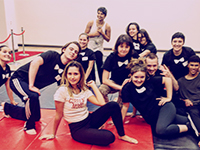 The fall quarter at The Theatre School at DePaul just ended. I taught Movement technique to BFA 4 and MFA 3 acting students.

In February-May I will appear in The Emperor’s New Clothes at The Marriott Theatre. I’ll also be back at DePaul for Spring quarter teaching BFA 2 acting students.

This fall I was in a sketch show at IO Chicago written by John Cleese (of Monty Python) and starring his daughter, Camilla Cleese. The show was a smashing success and we hope to remount it soon. I perform several times a month with the all female improv ensemble, The Real Housewives of Improv!

I am teaching at Writer’s Theatre and Actors Training Center.

I was lucky enough to see George Keating killing it on stage in Rock of Ages!

Break all the legs in your college auditions and keep in touch!” 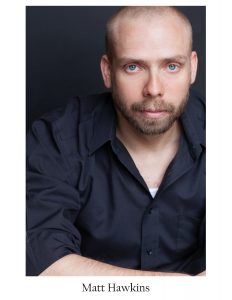 Most recently, Matt directed the Midwest Premiere of Bekah Brunstetter’s Going To A Place You Already Are (Redtwist Theatre), and directed Walk A Mile (Erasing The Distance) a documentary theatre solo performance show that addresses mental illness and family relationships. He also choreographed movement for An Octoroon (Definition w/ The Goodman Theatre); and choreographed violence for Parade (Writers Theatre); Shakespeare In Love, Romeo and Juliet, Taming of The Shrew (Chicago Shakespeare); and Newsies (Marriott Theatre). He was most recently named a finalist for the Eugene O’Neill National Directors Fellowship and this upcoming year he will direct Hatfield & McCoy (The House); direct and choreograph Spring Awakening (Notre Dame); and choreograph violence for Macbeth (Chicago Shakespeare); Buried Child (Writers’ Theatre); and Shakespeare In Love (Asolo Rep). After serving on the musical theatre faculty at Northwestern, Matt most recently accepted a teaching position at the University of Notre Dame, where he will create its first musical theatre program, and serve as an Assistant Professor for the Department of Film, Television, and Theatre.

Since leaving Cherubs, I jumped full swing into a teaching position at a Governor’s School for the Arts, directed a student-written one-act for the Virginia Theatre Association in October. My students received notable mention for play and best ensemble for the two actors in the piece.

While beginning the semester at school, I was also rehearsing for a new adaptation of Lysistrata with Quill Theatre in Richmond playing the role of Lampito and a member of the female chorus. We got a lot of positive press and sold out houses for a lot of the run. 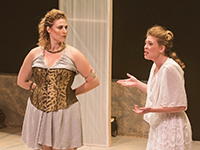 My students and I are about to start rehearsals for David Ives’ School for Lies, adaptation of Moliere’s The Misanthrope. They’re really excited to tackle verse and style in the crazy, witty farce!

I’m cast in Lucas Hnath’s The Christians as The Wife with Cadence Theatre and start rehearsals in January.

Aside from these, I’m the most excited about coming back to Evanston for 2018!

Hope all is well and sending my love-“